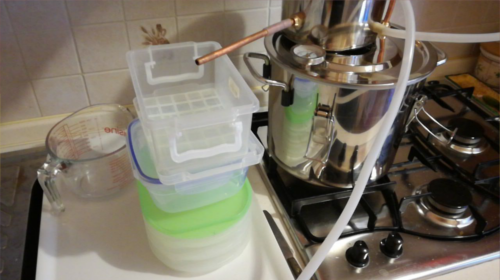 How to distill plum rakija

Have you ever thought about distilling your favourite alcoholic in your own home? A year ago I decided to begin my distilling journey with our beloved plum rakija, always recognizable in our houses in red bottles of cola with caps of orange juice. In order to produce šljivovica, a large quantity of prunes is necessary, in my case 30 kilos, but a distiller is what you need first,available in various forms and different materials. As for the quantity of plums, on average you can get about 1.2 litres of 10 kilos of prunes, while as for the distiller, unless you are a professional, you need to check necessarily that there is a thermometer installed! Alcohol distillation can be fatal or can cause permanent visual damage to drinkers if methanol has not been properly separated from prunes fermented during distillation. Everything else is easily obtainable or even constructible, in case you had a house in the country! Another great help could be, even if technically it is not a tool that will serve you during the distillation, but rather at the end of the process, the hydrometer with which you can measure the alcohol content of your rakija and summarily know if you have followed all the steps necessary for a good product.

For the production of homemade rakija you will need, in addition to the materials listed above, also a large basin, in case you did not already have a cask, where you will leave your prunes to ferment for two or three weeks. You will also need some sugar (no more than 2% of the total weight of your prunes), many glass bowls and jugs that you will need to collect the rakija and any other liquid produced by the distillation. Let's start with the preparations for the fermentation: wash and cut all your plums as much as you can, separate all the pits and leave everything else in your barrel or basin. You will soon notice that this process will be much longer than you could imagine if you find yourself washing and cutting plums one by one completely alone! So do not worry and continue, but be careful not to let insects enter your cask, they would ruin the whole process! 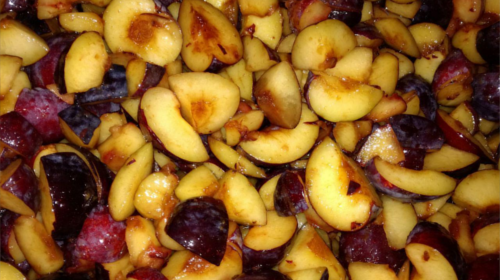 You can optimize the fermentation with a small amount of sugar that should not exceed 2% of the total weight of all your plums, but you can use actually less: this is what you have to decide considering that this additional sugar will compensate for the lack of sugar in your prunes, in in case they were not fully mature or of a "good quality". If you are undecided you can put a quantity of 1% to be sure. 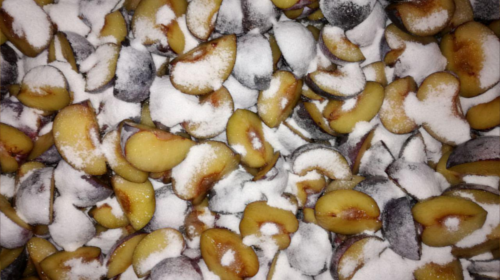 Now mix well and mesh the prunes in the barrel or bowl with the sugar. Close hermetically taking into account the fact that four fifths of the interior space will have to be plums, a fifth of the space will instead be left empty to make fermentation possible. And now: wait! You will have to check your plums every other day for about two or three weeks, make sure to open your barrel and insistently mix your plums, which will release most of the liquid within a day or two (a little more if you have not shattered them well at the beginning). Be careful not to let any insect enter your cask and never open the latter if not when necessary, as the stagnant air is an integral part of the fermentation. Also remember that every tiny, barely visible, hole in your container is an opportunity for insects, which will leave their dirty traces in your good rakija! [slika=slike/clanak_rakija-od-sljiva_fermentacija.png] You can determine the state of your fermentation by smelling (which will be a lot more challenging) or simply by being sure to have crumbled your plums well at the beginning; if you have only cut them hastily, it will take you more time, around three weeks. Also, in case you are not completely sure, it is better to leave the plums to ferment a couple of more days rather than distilling them prematurely! But do not wait too much, or they will be ruined anyway. 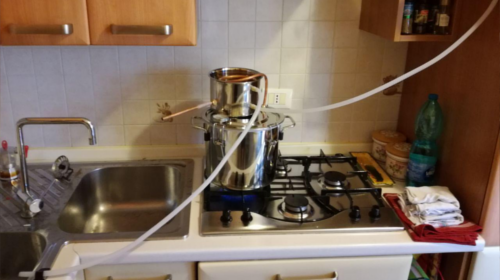 Now here comes the most challenging passage of this long process! You will have to consider every little detail a danger for your life and your "customers". You will have to follow every rule of this process knowing that, in case you do not do it, your rakija will become a possible deadly poison. Therefore, we are now going to write abou the chemistry part of this procedure before starting! First of all, know that methanol is the most dangerous element in your mixture of plum, alcohol and other liquids. 30 milliliters can kill a man, 10 can make him permanently blind by destroying his optic nerve. But due to the good fortune of all producers and lovers of rakija, methanol has a low boiling point, which is different from ethanol and other elements within our rakija: for example, methanol evaporates at 64.7 ° C, while ethanol at 78.2 ° C. Moreover, other elements that should not be in a good rakija drink, but are certainly not as dangerous as methanol, have boiling points between 85 ° C and 100 ° C. These elements are the basis of the "extreme hangovers", or possibly headaches, which are obtained when the drinking limit is exceeded. So, we will divide our rakija distilling process into three parts: from the first one, which is very dangerous, we will obtain nothing and we can simply throw everything away; from the second, which is the "heart", the central part of our rakija, is contained all that is necessary for a good šljivovica, and finally the "patok", the source of extreme drunkenness that is obtained with higher temperatures. In case you did not know it already, the "patočari" are extreme alcoholics that seek out for rakija containing patok, with which it is definitely more difficult to remain lucid! And finally, some advice before starting distillation: the distiller must be clean, with no dirt in the large pot where we will put the fermented prunes and inside the tubes; this first part is easily secured, but we will hardly clean the inside of the pipes with a simple dishcloth! So, before starting the šljivovica boiling, we will have to fill the main pot of the distiller with a little water and let it evaporate for half an hour on high heat. Then, open the main pot and clean it as you like. Furthermore, it is very likely that cooling system of pipes (a smaller pot crossed by pipes) is installed in your distiller: you will have to ensure a constant cold water flow, solving the problem as you prefer, so that the steam coming out of the pot can condense before leaving the pipes. 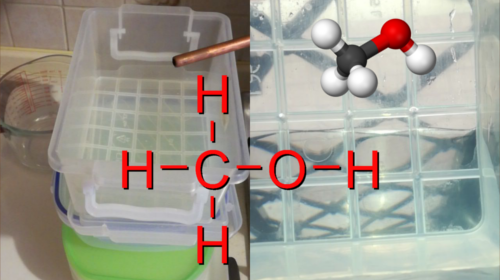 Let's start with the distillation now! Fill the main pot of your distiller with the fermented mixture, leaving a third of the empty space to prevent the latter from falling out during boiling. If you have ordered the distiller on the internet for personal experimentation, probably there will not be enough space inside for the whole mixture, then repeat this passage until the end of the mixture. Prepare a bowl or jug ​​at the output of the distiller's tube to collect the "prvenac" or "bašic", the first part of the boiling where you will find poisonous elements such as methanol. Put the distiller on another flame and check very often the temperature shown by the thermometer. For boiling this first part, the ideal temperature is around 75 ° C, but be careful: when no more methanol comes out from the end of the tube, this could indicate that some drops of condensed methanol have remained inside the path, therefore when passing to the 80 ° C of the next phase (the "heart"), sacrifice a few drops to clean the distiller from every poison. The prvenac can either be thrown away or placed in a safe place where nobody will drink it by mistake! Then go to the second phase, which will produce šljivovica of quality. Change the jug or glass bowl, using the largest available, and maintain a temperature of 80 ° C, maximum 85 ° C, then continue for two or three hours until it continues to drip from the output of the tube. When nothing comes out of the pipe, then go to the third phase, the "patok" phase, again with a new bowl or pitcher, maintaining a temperature of 90 ° C. Do not go any further because a rakija containing patok is already unhealthy. 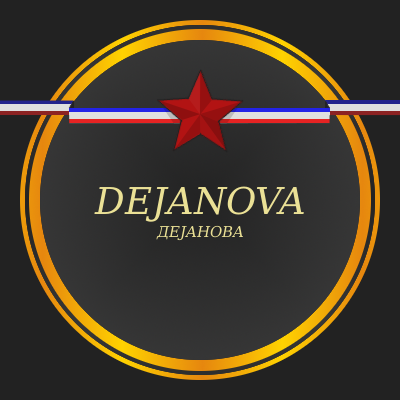 And finally here it is! In the second bowl you will have rakija of a real good quality, in the third: rakija containing patok, while in the first: poison! If you are lucky and have a wooden barrel, leave your rakija there to rest, otherwise a normal carboy of any size is fine. Surely you will have noticed that this is not the usual orange šljivovica of the shop, but transparent and bad! You can reach the color by dipping clean walnut wood inside your rakija, which will give it a good color and an interesting flavor, or with caramel, but you can think about it in the future in a simple and fast, rather than decide immediately: there is no return! Now enjoy your glory, you have distilled your first plum rakija!