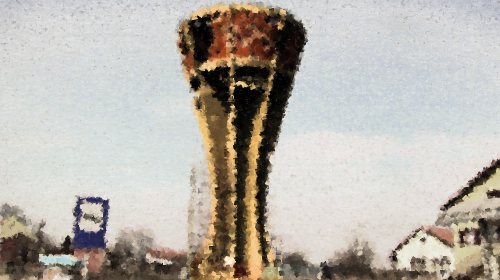 As the Vukovar Remembrance Day starts, HDZ Mayor Penava, some veteran’s representatives like Josić, but also many common people notice how there are as many people living in Vukovar as there were once workers. Penava reports this data: before the war there were 45,000 people and 28,000 workers, today there are 28,000 people, although the real data may be around 14,000 people and less than 10,000 workers.

Taking into consideration that 20 years (a fifth of a century) have passed since the “Mirna Reintegracija” (Peaceful Reintegration), blaming the Serbs for this catastrophic situation would be absurd even for the right-wingers. Therefore, the issue lies in the economics and development politics of Croatia. And now, what do people like Penava and Josić have to offer to stop people from leaving Croatia? Foreign Investments! I don’t know if Penava and Josić have ever heard about foreign investors in Slavonija and Croatia: Leistritz, Lipovljani Lignum, Boxmark, Olimpias textile, Calzedonia, Spar, Kaufland and other in which companies it has either happened a) a strike for the “fantastic” working conditions (Leistritz, Lipovljani Lignum) or b) workers need to take medications because of mental and physical pains while working for something that could be barely called a salary (Boxmark) or c) there are so few workers that the majority of the workforce are students (Malls).


Let me ask a rhetorical question: Is the foreign capital going to save the economy of Vukovar by opening a company and hiring 500 people on minimal salary or by paying them 3,200 kn?
It seems like that some people still don’t understand that foreign capital comes to Croatia because it’s an area of cheap labour force, where it’ll be able to obtain a high added value through a really high exploitation of the workers. If Penava decided to ask the foreign investor to give a salary that is based on the real cost of living, that there must be a Collective Agreement signed, that there shouldn’t be any overtime work, that the workers should be free to associate themselves in trade unions, that workers can’t be kept on fixed-term contracts more than 6 months etc…, the foreign investor would leave the negotiations and accuse Penava of meddling with the sanctity of private entrepreneurship and “free” agreement between private employer and employee. Obviously Penava would never ask those things, since he is not a worker’s mayor, but an HDZ mayor.
Secondly, what Penava, Josić and other seem to forget when they grieve about pre-war Vukovar, is that back then the economic growth and situation of Vukovar was dominated by a socialist based way of production, respectively a socialist way of accumulation of capital. It means that all the added value that was made didn’t go in the pocket of private owners (foreign or domestic) with which they could then speculate, and further invest to exploit somebody else, respectively to buy yachts or manors, but it went back to the workers as decent salary, homes, public hospitals, schools, kindergartens and everything that allows someone to stay in his town, not that forces him to leave it because of unemployment, low wages, unavailable healthcare services, and in general harder living conditions and impossibility to rise a family.
The younger generations of Vukovar leave massively the city and the country after they finish high school, and this happens to the younger generations of Osijek, Đakovo, Slavonski Brod, Sisak, Karlovac, Koprivnica, Zagreb, Lika, Istra, Primorje and Dalmatia too.
Therefore, if you really want what’s good for Vukovar, stop whining and writing abstract messages, and join the political fight to strengthen the position of the worker in the whole country, with the final objective of ousting the capitalist parasites and thus the capitalist system in Croatia. Without it, there won’t be any pre-war Vukovar, Osijek, Slavonski Brod, Sisak, Karlovac ecc… This fight implies also rejecting nationalism, an idea that directs the workers and popular fight instead of against the exploiter, against somebody from another country.

FOR A WORKERS VUKOVAR!