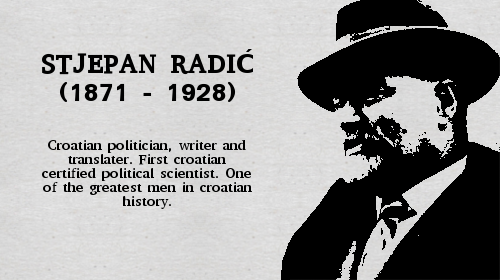 On this day 1928, Puniša Račić deadly wounded Stjepan Radić, killed his brother Pavle Radić and his colleague Đuro Basariček and wounded Ivan Pernar and Ivan Granđ. Croatia on this day remembers the death of Stjepan Radić and all the other victims of this bloody June. Borba 2017 has decided to join Croatia's remembrance day especially for Stjepan Radić's fight for people's equality in a kingdom that wasn't equal.

Source Wikipedia: "He was shot in parliament by the Serbian radical politician Puniša Račić. Radić died several weeks later from a serious stomach wound at the age of 57."